The largest private health insurance and health services company in the United Kingdom, BUPA, reports a doubling in the number of people getting sick from norovirus.  BUPA says:

“Almost twice as many people were infected with norovirus, the bug responsible for the “winter vomiting” crisis, at the end of 2007 compared with 2006, according to the Health Protection Agency (HPA).

“The HPA has received confirmation that by the end of November 2007, 1325 people had been infected with norovirus. However, the actual number is likely to be far greater than this as most people with it don’t go to see a doctor or get tested for the infection. The HPA estimates that in all, between 600,000 and one million people are affected by norovirus every year. 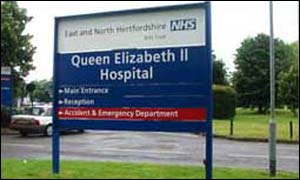 BUPA quotes the Chairman of the Royal College of General Practitioners, Professor Steve Field , as saying:  “The number of norovirus cases this year is the highest in five years. Hospitals have been inundated by referrals and through casualty. Local GPs are also seeing a huge number of cases.”

Meanwhile, British newspapers are filled with notices of hospitals closing and opening as waves of norovirus go through various communities.    The latest closure:  the Queen Elizabeth II Hospital.

Everywhere the Brits are being told that::  there isn’t any particular treatment for norovirus but if infected it’s important to drink lots of fluids to avoid dehydration. This is especially important for the elderly and very young children.