Michigan health agencies are emphasizing safe food handling practices after hundreds of Lansing-area patrons were sickened by the norovirus in 2006 from outbreaks at Carrabba’s Italian Grill, Bravo Cucina Italiana’s and Applebee’s.  Full Story from Tanya Bigham 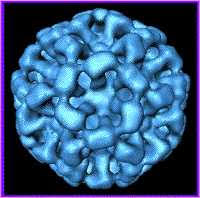 The law firm of Marler Clark based in Seattle, is representing customers in their lawsuits against the three Lansing-area restaurants.

According to Marler Clark, Carrabba’s Italian Grill was the first local restaurant to have a norovirus outbreak in January 2006, with more than 400 consumers becoming ill. Bravo Cucina Italiana’s outbreak occurred in May and affected up to 360 people. In December, 32 people were sickened after eating at Applebee’s.