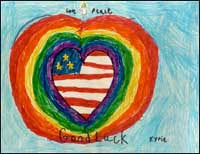 Nearly a quarter of Elizabeth Blackwell Elementary School students in Sammamish were home sick on Tuesday, and county health officials suspect it could be a norovirus outbreak.

More than 120 of the school’s 560 students were out sick, and 15 more were sent home during the day, said Kathryn Reith, spokeswoman for Lake Washington School District. Nine staff members were out sick Monday and eight had stayed home sick Tuesday. The district heard that some parents kept their children home as a precaution, Reith said.

No other schools in King County reported high numbers of ill students this week, but it’s not uncommon to see waves of these kinds of illness move through schools and other institutions, said James Apa, spokesman for Public Health — Seattle & King County.